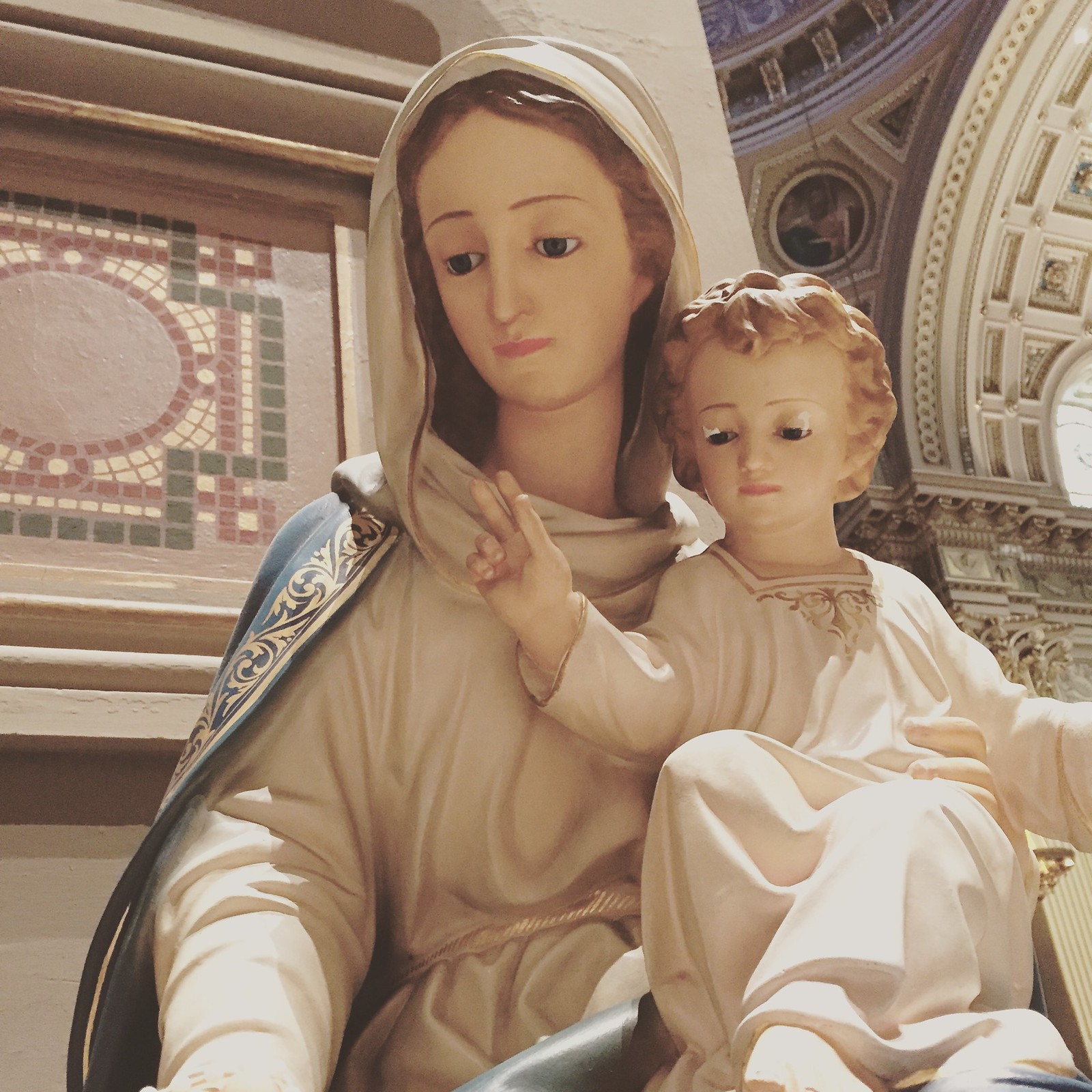 I had an amazing day today. Honestly, it wasn’t all that special, I had a morning meeting with a financial advisor, came home in the rain, went to the bakery to get pizza and cake, Wawa to get coffee and mac and cheese, and the religious goods store to look into buying an audio bible.

No big deal, right? People run far more errands in the space of a day than I did today. But, I ran them alone. I spent a fortune in Uber fees, but I did it all on my own. This was the first time since I lost my left-side vision last May and had the two migraines that caused me to be unable to see for hours last fall that I’ve been out and about alone for such an extended time.

When I woke up this morning with a headache and a lot of anxiety. I really, really, really wanted to cancel my appointment in the city, but I’d promised to meet a friend before my appointment to give her a Wilt Chamberlain bobblehead I had laying around the house and I didn’t want to disappoint her. I honestly contemplated getting in the Uber, riding to the city, handing her the bobblehead, then going home rather than going to my appointment, but I thought an $85 ride with nothing accomplished was wasteful and stupid. So, I took a Tylenol and half a Xanax, put my big girl pants (aka my wig) on and started my day.

I rehomed Wilt, met with the financial planner, made some plans to keep me afloat now that I’ve been denied disability, and planned to walk to the Apple store afterward, but the rain and my lack of an umbrella (always listen to your big brother when he tells you to take an umbrella with you) prevented me from checking out the iPads. I’ve been wondering if I buy the 12” x 9” iPad if it will allow me to read better than the smaller screen of my Kindle. I’d like to be able to read rather than just listen to audiobooks. But, it was weather, not fear that kept me from walking the two blocks to the Apple store. So, I’m counting this as a win, an incomplete win, but a win nonetheless.

The rain stopped shortly after I returned home and there were things I really wanted to do today, but when you don’t drive you’re limited as to what you can do, especially when public transportation in your area isn’t all that good. I was restless and annoyed that I couldn’t go look for an audio bible and the Tiny Saints rosary I’m now on a mission to find, I also wanted to buy some pizza and go to Wawa for coffee.  I thought to myself, you took Tylenol and Xanax earlier, you don’t feel migrainy, and damnit you’ve been cooped up and hiding in this damn house for far too long. I ordered an Uber and off I went.

It was a successful outing, I bought myself pizza and cake at Liscio’s, coffee and mac and cheese at Wawa, and left my number at the Little Flower religious goods store so they can call me next week about buying an audio bible. I was looking for a daily missal, but they’d just sold their last one so technically I struck out at the religious store, but the victory was not in the items procured, it was in being able to be out and about alone. I admit it, I was nervous and uncomfortable, but I did it. Today I took my first really expensive steps in conquering my fear of being alone.  I attribute this to the journey the 101 Tasks in 1,001 Days set me on earlier this week. On Monday night I took part in the workshop sponsored by Lacuna Loft and started listing my 101 tasks. I’m nowhere near completing my list, but one of those tasks was to learn to pray more purposefully. Yesterday, on the Ibelieve.com website I read advice for praying intentionally, one point mentioned saying, God please turn up in my messy life today. I thought this was simple and to the point and so I chose this point to work on. I started saying it yesterday and I said it to myself today. I’ve been so angry at God, and so lost and my faith has foundered in the days and months since Chuck got sick and died. It really is hard to keep the faith when your world is falling apart. I’m working on it, I’ve gone back to saying the rosary every day and am working on figuring out how to pray more intentionally and trying to figure out how to reconcile my anger and confusion while somehow finding my faith again.

Today’s bravery was brought to you by God, my own strength, 101 Tasks in 1,001 Days, Tylenol, half a Xanx, a promise I didn’t want to break to a friend, and Uber. Bravery isn’t the absence of fear, it’s making your way through in spite of fear. Today was a much-needed victory and I am grateful.