From my home to yours, Merry Christmas. 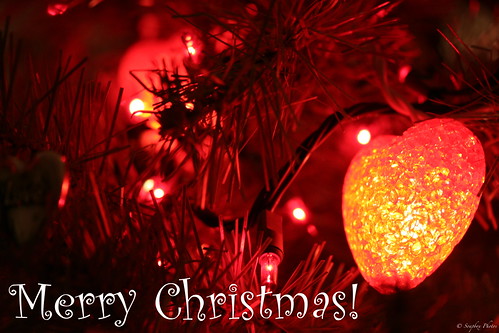 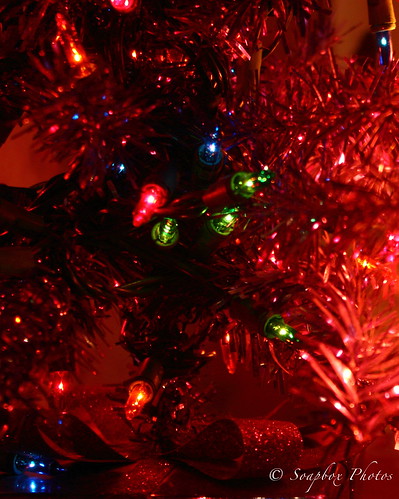 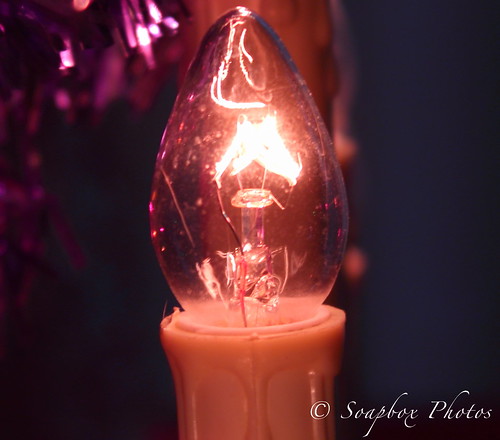 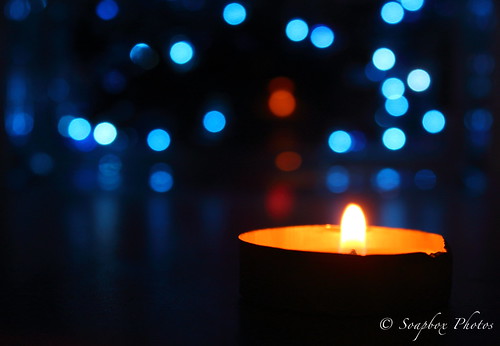 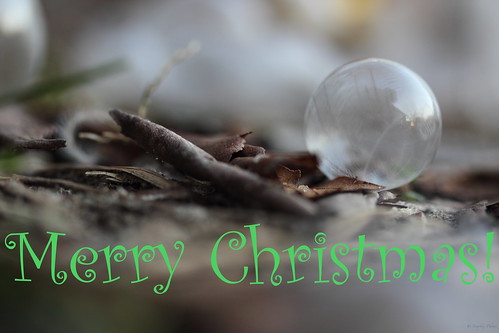 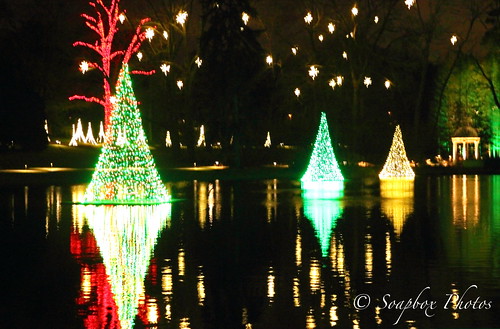 I just read this http://thehill.com/homenews/administration/200679-obamas-hawaii-christmas-dilemma and it made me so ridiculously angry I had to write something. If only President Obama’s staff would A. Stand up to him and tell him that even having his family go to Hawaii without him (oh, the humanity) looks bad and B. Keep at least the president himself in D.C. this Christmas.

Were you perhaps absent the day they taught communications at school? Have you never seen an episode of The West Wing?

Do you not realize when you allow stories to be written before each vacation about will he or won’t he get to go on vacation to (insert expensive posh locale here) it makes the president look like an asshole?

You realize by allowing the scenario to present itself where White House press corps reporters are asking in the White House briefing room if the president will be able to join his family in Hawaii it make the whole first family look like assholes and woefully out of touch, right? Seriously. In this lean (read: terrifying) holiday season American families are asking the questions like, will we be able to put a nice holiday meal on the table and can we afford gifts for the kids? NO ONE aside from the 1% are concerned with whether or not dear old dad will be able to join them in Hawaii. *beats head on desk*

I swear to God if you you’d just for once stop and think to yourselves that perhaps it would be a good idea to have the first family (all of them) stay in D.C. and have Christmas at home as a show of solidarity with the millions of families who can barely afford Hot Wheels for their children this year. Do you know the positive publicity you’d get from the first family canceling their annual trip to Hawaii so dear old dad can work through the Christmas holiday?

The president’s approval ratings are in the toilet. STOP giving the press puff pieces such as this to write. Keep him and the first family at home and perhaps they’ll look a little less like they are thumbing their noses at those of us who may or may not be paid less in 2012 thanks to the Republicans’ stranglehold on all D.C. politics.

At this point if there were another democrat to vote for I would because this administration is ineffectual and so obviously clueless.

A frustrated and annoyed democrat Vince Lee’s Reading of Yes, Virginia, there is a Santa Claus Oh my gosh! Are these just not absolutely the coolest Christmas trees you’ve ever seen? As I was searching for the link to Vince Lee’s reading of Yes, Virginia, there is a Santa Claus I came upon a story about a local store selling feather Christmas Trees. I took some time tonight and looked up the store and the manufacturer.

If you’re in the PA, NJ or northern DE area the trees can be found on South Street at Busybee Homestore & Design Center. For those not living in the Delaware Valley, the trees and some awesome wreaths are made by Angel Wreaths. The 7′ tree is a little out of my price range but I was thinking about spending the $60 for the 27″ size. I mean look at it. Seriously. It’s awesome. It needs me. Okay, maybe it doesn’t need me so much as I need it but oh my gosh — a pink feather Christmas tree. I’m overcome at the pinkness of it all.

I was looking at Angel Wreath’s site and they have a matching pink feather wreath. OMG! The neighborhood needs a door adorned with pink feathers. I mean how could it not? I’d totally hang that all year long. Everything’s made better with a lil pink and some fluffy feathers.

Where have these people been all my life? I bought a little hot pink tree at Borders last year and this 2’3″ feather tree would make for an amazing companion for my itty bitty pink tree.I think that’s what I need to do, start a collection of pink trees. They can be a family of pink trees. Anyone know where to buy hot pink Christmas lights? It’s been a rough year hear at Casa de Soapboxville. Lots of family members sick, me included. I know we should all be rejoicing in the fact that both I and my father survived pretty serious health scares but instead it’s a fairly low key Christmas. I think everyone’s exhausted and worn out from worrying over the past 12 months. It breaks my heart to see what my sickness has done and is doing to my parents. They’re in their 70s and the shock of what happened and now constant worry about my well being is and has taken its toll mentally, emotionally and financially. I wish more than anything that it was not worry about me (or anything) that weighs heavy on their hearts.

I’m not sure we’ll get around to Christmas shopping or Christmas card writing. I’m thinking everyone gets New Years cards and Valentines Day gifts. We’ll see what comes of this week.

Changing gears and moving on to more positive news, I had an appointment with Dr. Bussey, the neurosurgeon on Friday. As it turns out the MRI revealed there is less cancer than they first believed and the blood clot has shrank significantly. I have to have another Cat Scan in mid January to check the blood clot’s progress again. There is the possibility that I could be off the Lovenox (blood thinner) by late January.

The hubs and I watched Miracle on 34th St. tonight on AMC. It helped inspire a holiday mood  and reminded me of a favorite holiday tradition. Each year on KYW 1060 AM they play a reading of Yes, Virginia there is a Santa Claus as read by Vince Lee. It never fails to make me cry and remind me of the beauty and magic all around us every day. I looked for it online tonight but it’s not up yet. If I find it I’ll post it. For now I offer you the text of the letter and a reading I found on You Tube.

“DEAR EDITOR: I am 8 years old.
“Some of my little friends say there is no Santa Claus.
“Papa says, ‘If you see it in THE SUN it’s so.’
“Please tell me the truth; is there a Santa Claus?

VIRGINIA, your little friends are wrong. They have been affected by the skepticism of a skeptical age. They do not believe except [what] they see. They think that nothing can be which is not comprehensible by their little minds. All minds, Virginia, whether they be men’s or children’s, are little. In this great universe of ours man is a mere insect, an ant, in his intellect, as compared with the boundless world about him, as measured by the intelligence capable of grasping the whole of truth and knowledge.

Yes, VIRGINIA, there is a Santa Claus. He exists as certainly as love and generosity and devotion exist, and you know that they abound and give to your life its highest beauty and joy. Alas! how dreary would be the world if there were no Santa Claus. It would be as dreary as if there were no VIRGINIAS. There would be no childlike faith then, no poetry, no romance to make tolerable this existence. We should have no enjoyment, except in sense and sight. The eternal light with which childhood fills the world would be extinguished.

Not believe in Santa Claus! You might as well not believe in fairies! You might get your papa to hire men to watch in all the chimneys on Christmas Eve to catch Santa Claus, but even if they did not see Santa Claus coming down, what would that prove? Nobody sees Santa Claus, but that is no sign that there is no Santa Claus. The most real things in the world are those that neither children nor men can see. Did you ever see fairies dancing on the lawn? Of course not, but that’s no proof that they are not there. Nobody can conceive or imagine all the wonders there are unseen and unseeable in the world.

You may tear apart the baby’s rattle and see what makes the noise inside, but there is a veil covering the unseen world which not the strongest man, nor even the united strength of all the strongest men that ever lived, could tear apart. Only faith, fancy, poetry, love, romance, can push aside that curtain and view and picture the supernal beauty and glory beyond. Is it all real? Ah, VIRGINIA, in all this world there is nothing else real and abiding.