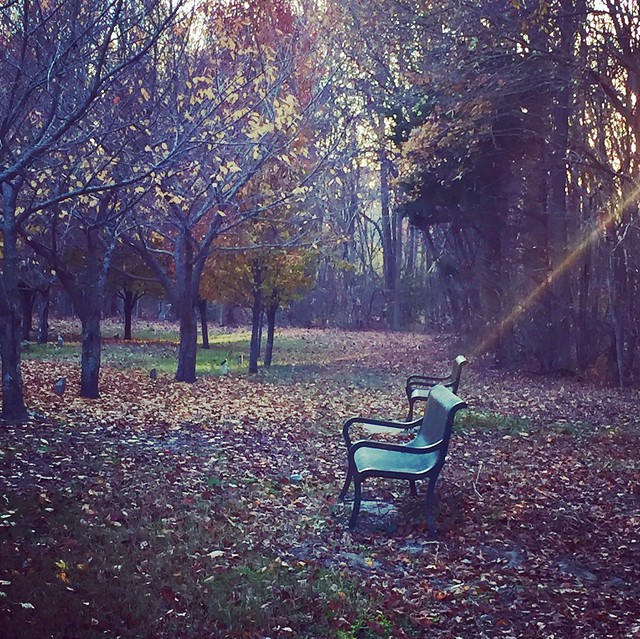 Six years ago, I blogged my way through my cancer journey and I promised I would always share my truth, good, bad, or indifferent. Today is the seven-year anniversary of the start of my journey. A lot has happened since then.

I haven’t written much about this latest cancer diagnosis or Chuck’s diagnosis; mostly because it’s almost too much to think about. I try not to feel sorry for myself I try to remain positive and to look forward. I work hard to be brave and strong, but today on the anniversary of the start of my long cancer journey it’s difficult not to look forward with trepidation and anxiety and even harder to look back without bitterness and anger at the cruelty of the universe. It’s been seven years of anxiety and fear, it’s hard not to wonder what we did to deserve the last seven years of our lives. Did we break a mirror?

Maybe we Broke a Mirror: 7 Years in the Life of a Cancer Survivor

Seven years ago, today we learned that life changes in a heartbeat and is terrifyingly fragile and impermanent. Seven years ago, I walked into an ER in one hospital and was transported to the ICU of another. I woke up five days later in said ICU on a breathing tube. I was surrounded by family coaxing me to breathe. I have almost no memory of most of those five days. In the days that followed I learned that I’d had brain surgery, an extensive skin graft, a cancer diagnosis and was totally and completely and permanently bald.

In the years that followed there would be another skin graft, thirty-two radiation treatments, another major surgery, in which the plastic surgeon took the trapezius muscle from my back to repair the damage the radiation treatments did to my scalp, and then two months later, in February 2012, there was yet another skin graft to help my scalp recover from the previous surgery. I came home with a wound vac that helped with the drainage from the surgical site.

It would be four more years before my head would be healed enough for me to with any regularity wear the pretty red wig I bought in February 2011. It was 2016, and after six years of living through three major surgeries, four minor surgeries, thirty-two radiation treatments, countless scans and what felt like hundreds of doctor appointments I felt safe as I neared my five-year cancer-free mark. In all honesty I saw the five-year scans as a formality. We had no idea the worst was yet to come, just as we thought we were at the finish line, just when we felt we were safe the universe ripped the ground out from underneath us. I didn’t, I couldn’t, see September 2016 coming. Earlier in the summer Chuck had pain in his lower back, side, and groin. We assumed he had kidney stones and went to see our family doctor and then a local urologist. Scans revealed Chuck has kidney cancer and he would need to have his left kidney and adrenal gland removed. Surgery was scheduled for October 26th. Surgery went a little longer than expected, but aside from the longer surgery all went well and the doctor was confident he’d removed all the cancer. I breathed a sigh of relief and hoped for it to be stage 1. I told you I was unable to see September coming, well I most certainly didn’t see November 2016 coming when the pathology from Chuck’s surgery not only revealed Chuck’s cancer to be stage four, but also an uncommon and aggressive form of kidney cancer; type II papillary renal cell carcinoma for which there is no standard of treatment. I was blown away by the diagnosis, I’d had cancer and survived, I assumed that meant Chuck was safe because how many couples have you heard of both having cancer? This wasn’t supposed to be happening, not now, not to Chuck, not to us. We’d already fought this battle. In the six years prior, I never once questioned why or lost my faith. I still wholeheartedly believe I am alive and hopefully well by the power of prayer, but Chuck’s cancer was a horse of a different color. Graham Greene writes, “You cannot conceive, nor can I, of the appalling strangeness of the mercy of God.” I’m not even sure what that means, but it sticks in my head taunting me like a wayward earworm. I don’t believe in a God who would bring you to your knees in order to coerce you to seek him out all the more, yet I’ve read experiencing a ‘dark night of the soul’ and coming out the other side brings us to a deeper faith. But in the darkness how do you beg for mercy from a God you want to pummel? How did Mother Theresa not lose her faith when she felt a profound absence of Christ for so long? How do you pray for a miracle from a God from whom you’d like to loudly demand answers? (Why us? Why now?)

By January 2017 Chuck was in a clinical trial at Penn and we were hopeful. My five-year scans were scheduled and I looked forward to being declared five years cancer-free and being able to move on with my life. I dreamt of planning a big party to celebrate. I planned to go back to work (it’s hard to get a job when you live in hospitals and doctor’s offices), I was ready to focus on Chuck’s recovery.

I told you I didn’t see Chuck’s diagnosis or pathology coming. February 2017 was impossible to predict. On a snowy February 10th the phone rang, there was something on my five-year scans, my cancer was back. Impossible. At my four-year appointment I was given the option of being released from the practice, I was four years cancer-free and  my new oncologist said, basal cell carcinoma just doesn’t behave that way. I greedily decided to stay on one more year, I wanted the assurance of five cancer-free years. I wanted a party damn it!

In late February I started losing my eyesight, the tumor in my right occipital lobe was eating away at my eyesight. I’d already lost some hearing in my left ear from the first radiation treatments and now I was losing the sight in the left side of my left and right eyes. A brain biopsy was scheduled for April 5th, the pathology revealed the basal cell carcinoma that had invaded my skull seven years earlier had now invaded my brain. The prevailing thought is that microscopic cells from my original cancer hid out and grew until they could finally be seen. Surgery was scheduled for Monday, May 22nd. By May the clinical trial drug Chuck was on had failed and Chuck was on a chemo drug and very sick and in a lot of pain. He was with me for the surgery and managed to bring me home from the hospital four days later, but was too sick to be at the hospital with me while I recovered. Surgery was successful, the surgeon cut out as much of the cancer as was safe. I started 30 more radiation treatments on June 20th.

By July Chuck had moved on to immunotherapy treatments and we were both having cancer treatments at two separate hospitals in two different states. An August MRI revealed the surgery and radiation treatments had eradicated all of my cancer. Unfortunately, Chuck’s August scans revealed slower growth, but still growth and in September his oncologist decided the immunotherapy was unsuccessful and stopped the treatments.

Today is October 11, 2017, Chuck is currently on another chemo drug and I am awaiting another scan later in the month. It’s seven years later and I’m back at the beginning of the countdown clock to five years cancer-free. It’s seven years later and we both face an uncertain future at a time when I believed we’d be enjoying the second half of our lives, I’m not sure I’ll ever feel safe again.

I wish I had some thoughtful words of wisdom for you. I wish I had inspiring marching orders to send you out into the world with, but all I can offer is, say I love you, say I’m sorry, be grateful for family, friends, and pets, life changes in a heartbeat and is terrifyingly fragile and impermanent. Pray for miracles.