Murphy’s Law dictates, anything that can go wrong, will. 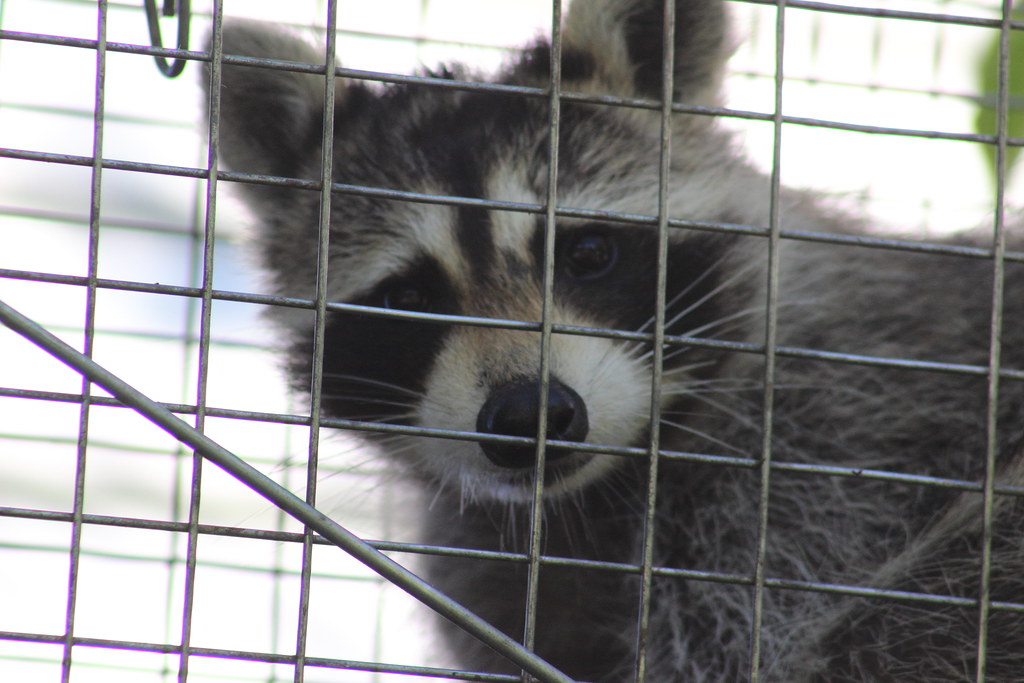 You’re adorable, but you can’t live in my attic

I was doing just that through the Blogging 101 course on WordPress, when Cupcake Kitty woke us at 4am Monday morning to alert us to sounds in the ceiling. What was making the unsettling sounds coming from the attic? Ghost? Vampire? Zombies? Raccoons? Ding! Ding! Ding! Give the gal in the flowered hat a prize. You guessed it, raccoons. There are raccoons living in our attic. At this point I’d take the ghosts over the raccoons, exorcists are probably cheaper than exterminators.

It took until Tuesday afternoon to even get anyone out here, and because as an infant I was cursed by the bad weather gods (I always bring the bad weather, plan a vacation with me, you’ll see.) four hours after the trap was placed on our roof, what was first thought to be a tornado but has now been identified as straight-line winds of 70mph tore through the area bringing down our back and side fences, a tree in our backyard, and some branches in the side yard. Blessedly the trap stayed on the roof and Wednesday morning we awoke to one trapped raccoon on the roof; we rejoiced, we danced, we waved our hands in the air like we just don’t care. We thought, “This nightmare is quickly on its way to being over.” Oh, if only we knew. 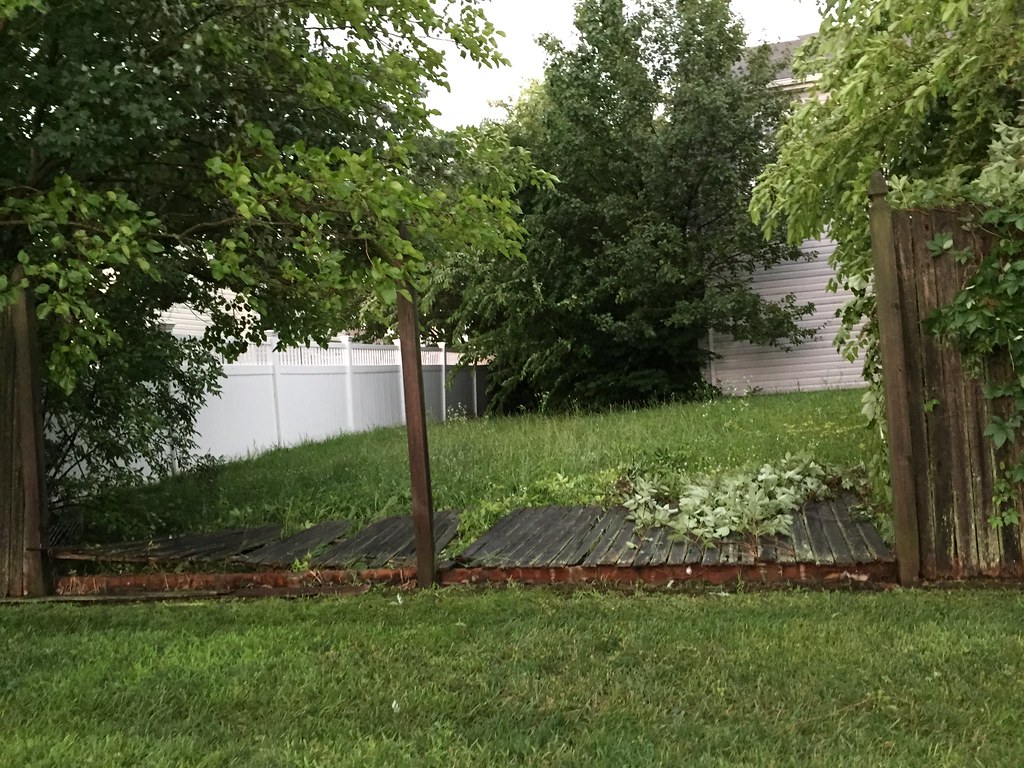 What’s Left of our Back Fence

I awoke at 5:30am Thursday morning to find a second raccoon in the trap on the roof. Because I didn’t want to wake the neighbors I quietly rejoiced, went back inside, back to bed and slept the sleep of someone with delusions of anything ever being easy and on the right track. I slept two peaceful hours (the sleep of a fool) until it was food o’clock and time to feed Snowball and Cupcake Kitty. I was on my way outside to take a photo of the second trapped raccoon when the hubs came in to tell me the trap was empty and broken. That’s right, the second raccoon escaped. Have you ever seen National Lampoon’s Christmas Vacation? Here is where I had a full-on Clark W. Griswold tantrum/meltdown.

So on day four of the raccoons in the attic fiasco and day two of the great trapping fiasco (Sensing a pattern here?) one raccoon was trapped and taken away and two were still on the loose in our attic. The Orkin guy arrived and said he’d talk to his supervisor about what to do about the defective trap putting the whole process a day behind. The process being, us paying an upfront fee for them to come out, put traps on the roof, check the traps each day and take away and release the captured raccoons for five days; after those five days they charge $95 a day to come out to fill and check the traps and hopefully remove the trapped raccoons in them.  (We really need this to be completed in the 5 days, REALLY.)

Friday morning dawned with now two empty traps. Our daily visit with our friendly Orkin man brought about the information that they don’t work on weekends so the two traps on our roof will remain baited with food and open until Monday morning when our friendly Orkin man will come back and once again set them to spring closed if a raccoon goes in them. Monday is day five; a supervisor will be out to speak to us on Monday or Tuesday about an additional day based on the defective trap. I’m skeptical that at least one of them will never get back in a trap after being caught in the defective one for a few hours.

So here we are, Saturday afternoon, six days into the raccoons in the attic fiasco with at two or more raccoons living in our attic until at least Monday night. And; that peaceful month to focus, write, create, and update Soapboxville? Gone. With any luck I’ll pull myself together next week or the week after and get back down to the business at hand.