It’s been a while since I took photos of the backyard birds. Actually, truth be told, it’s been a while since we’ve had the feeders filled. A raccoon and hopefully not a human (because that would be creepy to have someone that close to my backdoor) took the suet feeder down and dragged it out of the yard. (yeah, it’s a stretch that an animal managed to drag a full suet feeder off a tree branch and drag it out of our yard, but I’m going with that theory so I can sleep at night) But it’s been bitter cold here as of late and I didn’t want the backyard gang to go hungry so we bought some seed and filled the feeders.

The yard has been full of Blue Jays, Dark-eyed Juncos, and House Finches. We’ve also seen some chickadees and Titmice but I haven’t been able to get any usable photos of them. 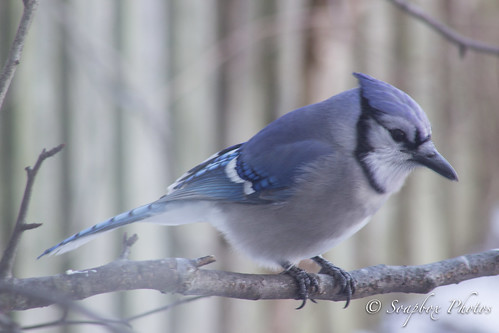 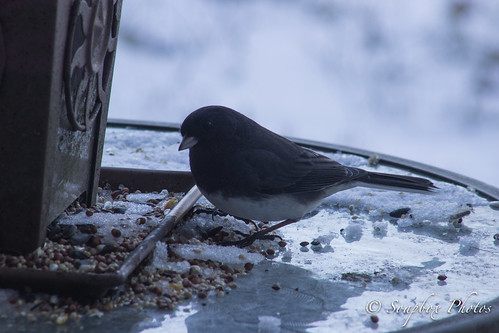 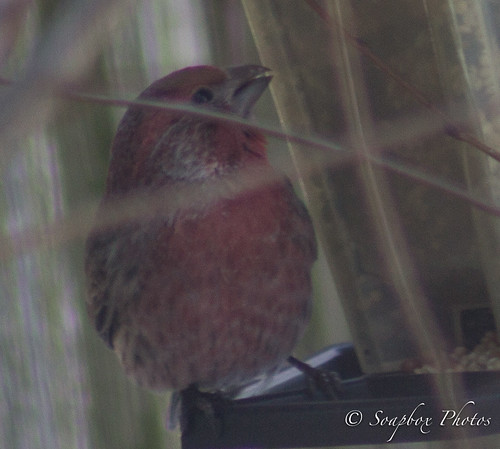