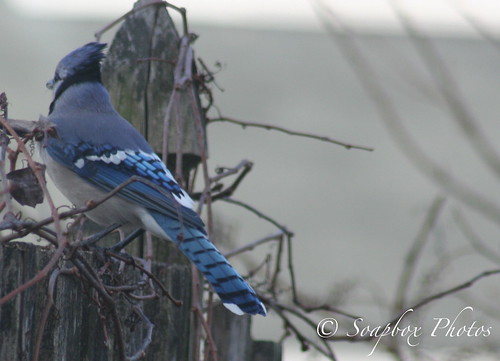 Okay, so here’s where I do some sharing. I’m pretty shameless and self-deprecating so I find this more hilarious and less embarrassing. Just like when I wrote daily about my journey through cancer treatments I write to share, comfort, and inform. The unknown is scary and it’s rather humbling to have to ask for help. Knowledge and wisdom are gifts, sometimes hard-fought-for gifts, but gifts nonetheless.


I hate not knowing something and I hate having to ask for help even more. I’m neither brilliant nor particularly skilled at any one thing but if I know something or I can make your way easier I make sure to do just that. Like I said, I’m not particularly brilliant or skilled, so I write what I know and understand. If by honestly telling my truths I can help someone along that way that’s a complete bonus.


So now then, on to today’s story…


As I told you earlier this month, I’m a novice birder. And as I showed you yesterday I randomly found two pretty good photos of a Red-bellied Woodpecker that I took years before I even knew it was a Red-bellied Woodpecker. So I spent some time this morning looking through more old photos to figure out if I have any more photos of beautiful birds that I didn’t know the names of at the time. As it turns out I do. I’ll share the American Goldfinch and whatever other photos I come across during my search later this week.


Today’s photo of what I now know is a Blue Jay was taken on January 5, 2010. It is probably one of the first, if not the actual first photo I’ve ever taken of a Blue Jay, or for that matter, any bird. It’s not particularly good because it has its back to me. I took this shot for that exact reason so I could get a good look at its details.


I’m a city girl, born and raised in South Philly, where there aren’t too many birds other than pigeons and an assortment of sparrows. So when I saw my first Blue Jay visit our backyard birdfeeder I was very excited and very alarmed. I was sure it was someone’s pet that got loose from its cage. It just had to be, right? There are no blue birds in New Jersey, right? Certainly nothing this bright and spectacular lives outside of the rainforest or the Amazon, right? This is someone’s exotic bird, right? I called the hubs at work and told him there was an escaped exotic bird eating at our backyard feeder. *laughs* I wanted to show him the pretty escaped bird, but as it turns out the pretty blue bird was both wily and elusive so it took some time and some doing to get good photos of the fugitive bird.


I thought once I got a few good shots I would post them on our township’s Facebook page in the hopes that the owner of the exotic, and likely freezing to death, bird would come rescue it before January’s cold killed it. *laughs* I’m a little dippy, but I love animals. Thank God I Googled New Jersey blue birds before actually posting a lost bird post. *shakes head*


But now, thinking back, I know now this is where my true love of birding began. Sure I happily fed the backyard birds and took pictures of the pretty red and yellow birds, but it didn’t go any deeper than that. Tracking, and photographing, and researching the elusive and exotic blue bird excited and captivated me, it gave me purpose; learning that Big Blue was in fact not lost or exotic but instead a Jersey resident made me want to identify more.