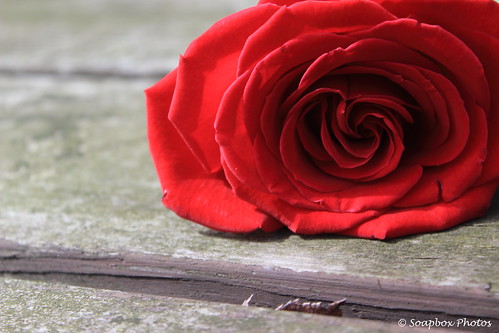 So I know it’s been a long time since I blogged but that doesn’t mean I wasn’t creative during that time. During the spring semester I took an intermediate digital photography class, during which I learned much about my camera and photography in general.

In one of our later assignments we were tasked with recreating a famous photographer’s photo. This assignment was exceptionally challenging for me. I was torn. What photo do I choose? Which photographer? Do I want to recreate it perfectly? Do I want to take a less serious approach?

In the end I chose Ansel Adams’ Rose and Driftwood photo http://www.anseladams.org/rose-amp-driftwood–aa23.html. I decided to try to recreate it as closely as possible. I didn’t have any driftwood and didn’t really know where to find any so I used a picnic table at a local park. I used my 60mm macro lens and stood on the picnic table bench so I was above the roses when I took the pictures. I also took photos sitting directly in front of the roses. 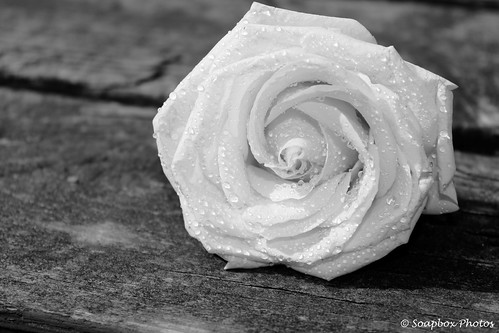 In my opinion Ansel Adams’ photo was as much about color and light and shadow as it was texture. To me the rose’s petals look almost like they are made of wood. So I wanted to recreate the texture as well as the lighting in the original image.

I went to the florist with a copy of Ansel Adams’ Rose and Driftwood and asked for the rose that looked as close to the original image’s rose as possible. I bought one red and one white rose and took photos of both. At the time and for this assignment I really didn’t like the red rose photos in either black and white or color.  Now the color red rose image is actually my favorite of the bunch.

In the end I turned in a mix of black and white and color photos of the white rose. At the end of the photo shoot I sprayed the rose with water for an added layer of texture and I wound up liking these shots the most out of the 291 photos I shot that afternoon. 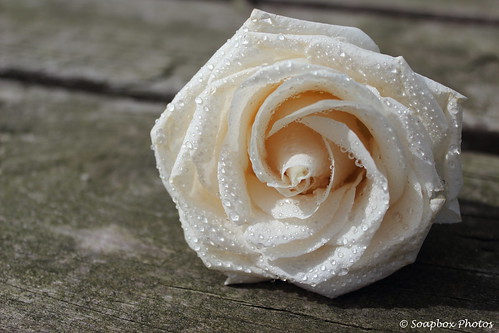